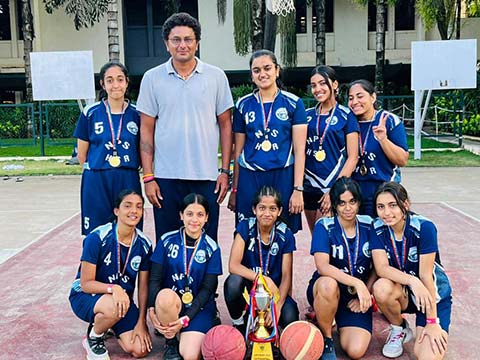 The students of NPS HSR had a field day at the Greenwood high fest held on 8th November by winning the basketball event in the girls’ category.

Nihaar Suresh Kumar(9D) from NPS HSR participated in U14 National Tennis Tournament conducted by MSLTA in Aurangabad, Maharashtra. Battling it out with the top 100 players in the country, Nihaar made it to the semi-finals of the doubles tournament. In the singles tournament, he defeated seed 2 player in Round 1 and lost a closely contested match in Round 2. Congratulations Nihaar! May you bring many more laurels home.

Our students brought home the overall runners-up trophy from the fancied fest “Invictus” held on 20th and 21st of October, 2022 by winning prizes in most of the categories.

Cameras rolled in style for the film event and the participants drawn from 11 and 12, Ada Pai, Surya Maheshwaran, Aslesha Mohanty, Nyssa Bansal, Sourajit Banerjee and Ribhav Dhankani got the best angles and won the first prize.

Raghav Pande of grade 11 encrypted and decrypted to win the third prize in the coding event and the 10th grade duo Tanya Roy and Navya Gupta came third in the art event.

The design quartet, Tanya Verma, Poorvi Nanneboina, Dhruvika S and Krisha Singh of 10th grade won the second prize in the design event. Tara George and Anshul Bhagwat, a 11 and 12 grade combination worked their way to the second spot in the Deutsch-Language event.

Prizes poured like meteor shower at the Xavage event hosted by TISB on 20th of October, 2022. The students did the school proud by putting up a magnificent show in the folllowing events:

Niharika walks away with one gold and two silver medals!

Niharika R of Grade8 D secured one gold and two silver medals, respectively, in Yoga- Artistic Pair, Artistic Solo and Rhythmic Pair categories, conducted by Karnataka Yogasana Sports Association at Dr. Rajkumar House on 20 and 21 August 2022. Niharika is among the chosen few to represent the state at the national event. We wish Niharika all the very best for the competition.

There was a rich haul of medals at the VIVUM cultural fest of TISB with our teams winning prizes in street play, film making and slam poetry. Street play was represented by Ananya Narayanan, Ananya Saxena, Mokshita Reddy, Prishim Luhadiya, Vanshika Thacker and Naisha Tandon of grades 11 and 12 and they won the first prize. Aryan Dixit, Surya Maheswaran, Shloka Nandakumar, Namya Asija and Ada Pai (grades 9 to 12) romped home with the second prize in film making while the trio from grades 11 and 12, Anushka Thakur, Medha Girish and Kshitika Pradhan came third in slam poetry and were the winners of Basketball girls(Under 18). 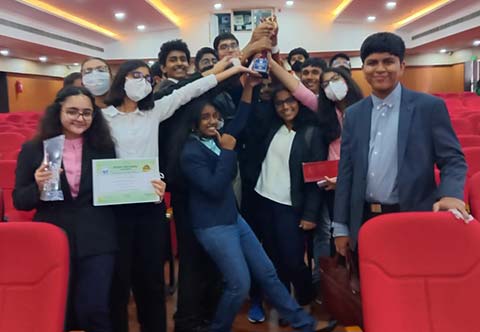 In the recently held NPS RNR MUN, the team of Navya, and Neel of grade 10, Aarush Pandey Sanvi Ahuja, Anaga Anil and Tanmay Baid of grade 8 did the school proud by winning coveted positions such as outstanding delegates, best delegates and special mentions. Their achievements are commendable and the school wishes them more such laurels in future.

Madhav Dixit (9A) from NPS HSR is the Runners Up in the U-18 boys' doubles category of the All India Tennis Association Challenger Series (CS-7) held at Imphal District Tennis Academy. The school congratulates him for his remarkable achievement.

It was a proud moment for National Public School HSR when Ojas A Hayatnagarkar and Aditya Kathait of grade 9 were the 2nd Runners up in the National level of the U Genius Quiz conducted by the Union Bank of India in Mumbai recently. They won a cash prize of Rs 25000 along with glittering trophies. They had earlier won the Bangalore city round from amongst 140 schools in Bengaluru. Kudos to the duo! 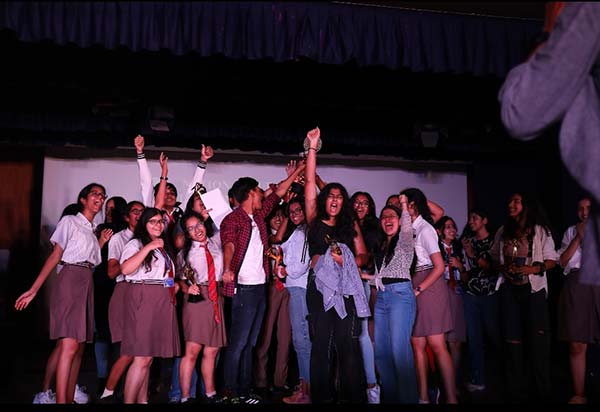 the overall championship award coming to NPS HSR. The students made the cut in events such as The Magnum Opus, Acappella, Mission C - escape room and Turing – cryptography.

Here is the snapshot of the winners and the events: 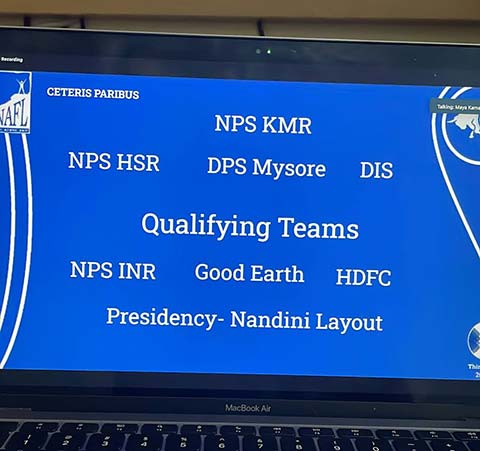 The commerce and humanities fest of NAFL saw a plethora of prizes being won by our students. Naman and Anggadha of grade 12B and C walked away with the first prize in Ceteris paribus while the team of Vaishnavi, 12C and Diya P, 12D were awarded the third prize in the journalism event. Harsh of 12C and Sameer of 12D came third in Ready, set and invest. 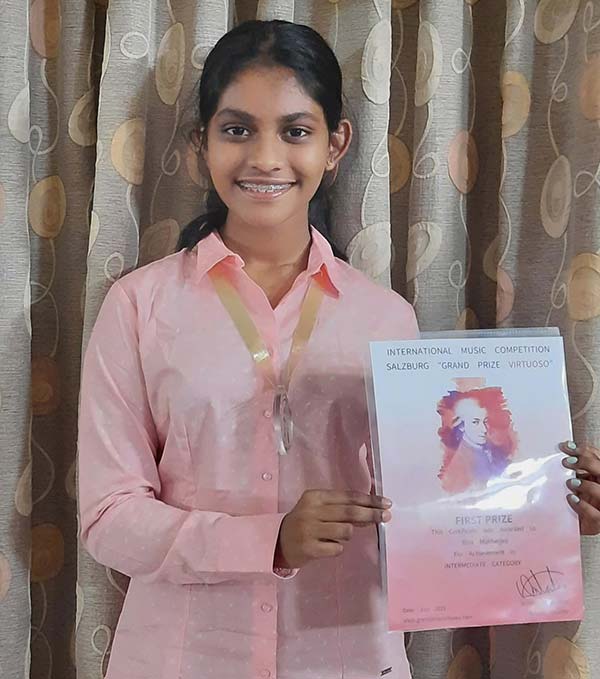 Ilina of Grade 8 from NPS HSR won the first prize in the 2022 International Music Competition 'Salzburg' Grand Prize Virtuoso. She was invited to perform in the prestigious Solitar, Mozarteum, Salzburg on July 9th. It was a moment of pride for the school.

In the Bethany Junior College Model UN Conference held on 8th and 9th July 2022, the team comprising Arjyo Dutta and Pranav Reddy M of grade 12 was declared the best delegation – Syria UNHRC. They powered their way to win the coveted position in an intense verbal duel

Vihaan Saini of Grade 11 B secured bronze medal in the 10 meter Air Rifle Team Event, Youth Category, in the 10th Karnataka state shooting competition. The competition held in July between the 8th and 17th at the Sports Authority of India complex in Bengaluru saw an intense battle amongst the shooters and Vihaan’s team clinched the bronze in a nail biting finish. The school wishes Vihaan many more laurels in the years to come